You are here:
Increasingly, faith is blamed for the world’s woes. “Islamic terrorism!” is on everyone’s lips.

The ideological conflict between the Muslim faith and Christianity, seems to constantly reap recollections of the Crusades. With some evangelical leaders suggesting military action as a solution, our credibility as agents of peace and reconciliation is severly weakened.

Liberals suggest that a peaceful coexistence between Islam and Christianity must be forged. They seem to forget that Islam now occupies the cradle of ancient Christianity, and there is little trace of the church left there. In the first one-hundred years of its existence, Islam gobbled up almost one-third of all churches in their path. They subjugated both Jews and Christians making them second class citizens at best. They silence any attempts at evangelism.

A recent editorial in USA Today by one of its contributing editors plowed this same fruitless furrow. He suggested the same tired line that both faiths, Islam and Christianity, “promote peace.” He further pointed to the “innumerable Muslims” who offer “lessons-by-example” in their daily lives. Christian leaders are quick to point differentiate themselves from zealots who use force to further their mission. There is still no tearful regret, no remorse, no weeping and requesting forgiveness of the losses of 9-11 at the hands of radical Islamics. There can be no rational comparison of either the violent tendencies or the peaceful missions that rise out of either camps.

All over the world Christian missionaries serve selfishly. At the declaration of any global disaster, it is some Christian agency that typically responds first, stays longest, serves most effectively and often most efficiently. Where are the Muslim missionaries who serve the earth in similar armies?

John Stewart of the Daily Show recently spoke jokingly of the healing power of faith, applied to the divisive and destructive power of faith. So often the media gives credit to faith, only to destroy that credit. That is what Tom Krattenmaker does in his editorial titled Religion can help end wars, too! (July 14, 2008). Krattenmaker’s article is not a promotion of any superior edge or quality that is recognized in Christianity. He is careful to credit “religion” or “faith” for “unifying an uplifting deeds performed in its name.” 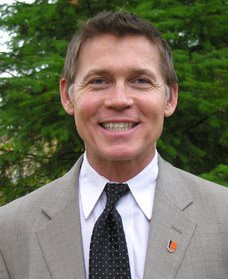 I know of no genuine Christian who performs “unifying and uplifting deeds” in the name of religion. They do it in the name of Jesus – a name that is evidently offensive to Mr. Krattenmaker. When conservative Christians made their allegiance to Jesus as a central element of importance in any Muslim-Christian talks, Krattenmaker accused them as a “high profile” group who had “rebuffed the peace offering” of Muslim scholars for dialogue. If Muslims were told that they needed to tone down their admiration for Mohammed, no talks would even take place. Jesus offends liberals – he is forever the stumbling block, the rock of offense. To talk, we are obliged to toss him aside, as if he were an adendum to our faith, not the central character, not the heart of faith itself.

He went on in the article to praise those who built schools and cared for the widows and orphans in remote Muslim villages, as compared to “preaching and proselytizing.” When USA

Today – it is their editorial – speaks of helping “the least of these,” it attributes such positive social actions not to the Bible, not to Christianity, but as positions all the “holy books implore us to do!”

It is just more of the liberal – all religions are the same – mantra. More of the dismissal of Christianity as unique and the movement to a global faith. It is ecumenism not of Christian denominations, but of world religions. It is warm-up for the preview of the false prophet. In fact, Mr. Krattenmaker writes with disdain about “the apocalyptic violence of the Book of Revelation and the Jesus who confronted the money-changers in the temple with a rough hand.”

It is all our fault. If we were peace-loving, sweet Christians – like the Muslims – we could solve the world’s conflict. Some 138 Muslim Scholars who represent the major branches of Islam have signed a published statement, “Loving God and Neighbor Together.” They have extended the olive branch to Christian leaders. They, according to Mr. Krattenmaker, are agents of peace. We are the resisters. These Muslim scholars point out the Muslims “are prohibited from committing aggression, even if the enemies of Islam do that!”

How can anyone, in view of 9-11 and the current conflicts in Iraq and Afghanistan, the rhetoric of Iran and the Al-Qaida take such a position seriously? Evil has an enormous capacity for duplicity. In comparison, truth often seems rigid and incorrigible. Evil bends. It offers various shades of gray. Truth keeps insisting on stainless transparency. Evil offers its exceptions. Truth insists on absolutes.

We must, in the words of one scholar on a talk show recently, get beyond the simple “right and wrong.” Such concepts are tired. The new ones are “complex and simple.” Or “inclusive and evolving.” Everything is relative.

The above is a response to Tom Krattenmaker’s “Religion Can Help End Wars Too!” an editorial in USA Today, on July 14, 2008. Mr. Krattenmaker is a member of the board of contributors of the newspaper.