The Battle Over the Family Continues!

Jesus said that we were to be “as wise as serpents!” Who knows what he really meant! One thing is clear, the left is much more savvy in terms of manipulating the legal system than are conservatives. And they are much more committed to bending the nation into the shape they desire for it.

Take the case now before the Virginia Supreme Court. A former lesbian, Lisa Miller, now a Christian, shared responsibility for her biological child with her lesbian partner. Now the child is a 6-year-old. And Lisa Miller’s former partner, Janet Jenkins, wants custody.

The child could become a “political trophy of the homosexual community in Vermont,” according to a lawyer who argued the case before the court today. But this is more than a custody battle. Vermont acknowledges homosexual-lesbian alliances. Virginia does not. The question is – Will Virginia throw away its sovereignty on the issue and acknowledge rights being advocated by Vermont law? Mathew Staver, chief of Liberty Counsel, said the impact of the decision will reach far beyond the important determination of the future for the child in question, also impacting states’ sovereignty and the values on which Christian parents make decisions.
Isabella, the child at question, will “either remain with her biological mother, Lisa Miller, or potentially be ripped away from her mom and placed in a lesbian household.” Virginia is a traditional place which still holds to a definition of marriage as the union of one man and one woman, while rejecting same-sex unions. Virginia’s Constitution compels the state supreme court to not recognize out-of-state, same-sex marriages and civil unions. What will the court do? “… if Virginia loses its sovereignty, then the sovereignty of every other state is put in jeopardy,” he said. 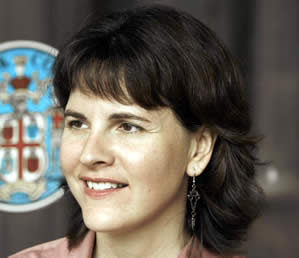 Miller left the lesbian relationship and became a Christian. That too is part of the case. Janet Jenkins, her former companion, alleges Miller’s Christian parenting practices make her an unfit mother. She’s seeking full custody of the child, for the protection of the child.
The Vermont Supreme Court already has granted parental rights and visitation to Jenkins even though Miller and her daughter live in Virginia. The Vermont Court, because the couple lived briefly in Vermont, boldly claimed sole jurisdiction in the matter. Miller has now taken the matter to Virginia’s highest court in her attempt to defend her custody of Isabella and the right to raise her biological daughter according to Christian parenting principles. 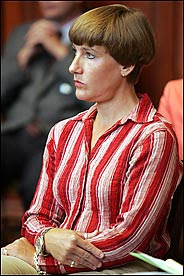 The case should be cut and dry. Janet Jenkins is neither a biological parent, a relative or even an adoptive parent. But the Vermont court went to great links to protect and preserve her rights as a lesbian. The fact that she is almost a total stranger to the child may matter little. “Isabella, now 6, hadn’t seen this woman since she was 17 months old.” The case is being set forth with the child as a pawn, to establish lesbian rights and test the will of other states with regard to their commitment to the sanctity of marriage.
The case could have national ramifications. If liberal states like Vermont and Massachusetts can export their radical new definitions of marriage and family around the country, the liberals have won again – through the courts.
Adapted from a story by Bob Unruh: WorldNetDaily
Category: ChildrenApril 19, 2008
Share this article
Share with LinkedInShare with FacebookShare with Google+Share with WhatsAppShare with TwitterShare with Pinterest