You are here:
Moral failure among pastors is now so common it is no longer shocking! The

standard of morality we hold before a straying and failing culture is soiled by the many times those carrying the banner have themselves fallen. We are in danger of not being taken seriously at all, of being all talk and no walk.

What do we do? 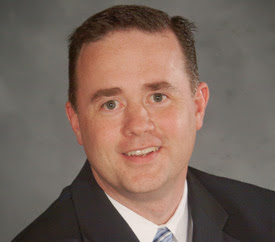 sting that caught yet another prominent minister. His first concern, was that it not happen at his church, to his staff. His second concern was preventive.

He was the new pastor at First Baptist Church in Paducah, Ky., but that did not prevent him from calling a staff meeting to take steps to prevent compromise that might bring disgrace to the Gospel and the church.

A strongly worded resolution loaded with Scriptural support was produced by the staff and then sent to every family in the congregation. A wave of discussion followed about the dangers of sexual temptation. Soon the news media was on the pastor’s doorsteps.

“News of moral failure among ministers of the Gospel is sad and alarming,” the statement said. “But we know ourselves well enough to know that moral failure could happen to any one of us if we were not careful and diligent in our pursuit of purity. For the sake of the Gospel and for the sake of our own souls, we desire to maintain the highest levels of sexual accountability,” the statement continued. We will be

proactive in our efforts and dogged in our determination to uphold the integrity called for by our sacred office.”

Previous measures had insisted on windows in all office doors and a rule about not counseling women and children without another person present. Accountability partners were to track Internet usage. Regularly prayer with one another about sexual purity was also a part of the plan.

The Southern Baptist, the movement in which the church participates, encourages churches to use the national sex offender database (www.nsopr.gov) to screen prospective staff members and volunteers.

Pastor Brady is challenging pastors to get confrontational with each other over the issue. “This will be of no good if we sign it, put it on the wall and then never think about it again,” he said. “My desire is that we as pastors are continually in one another’s face, asking the tough questions, fighting for our souls, fighting for one another, holding each other accountable.”

Adapted from a story by Mark Kelly of Baptist Press.